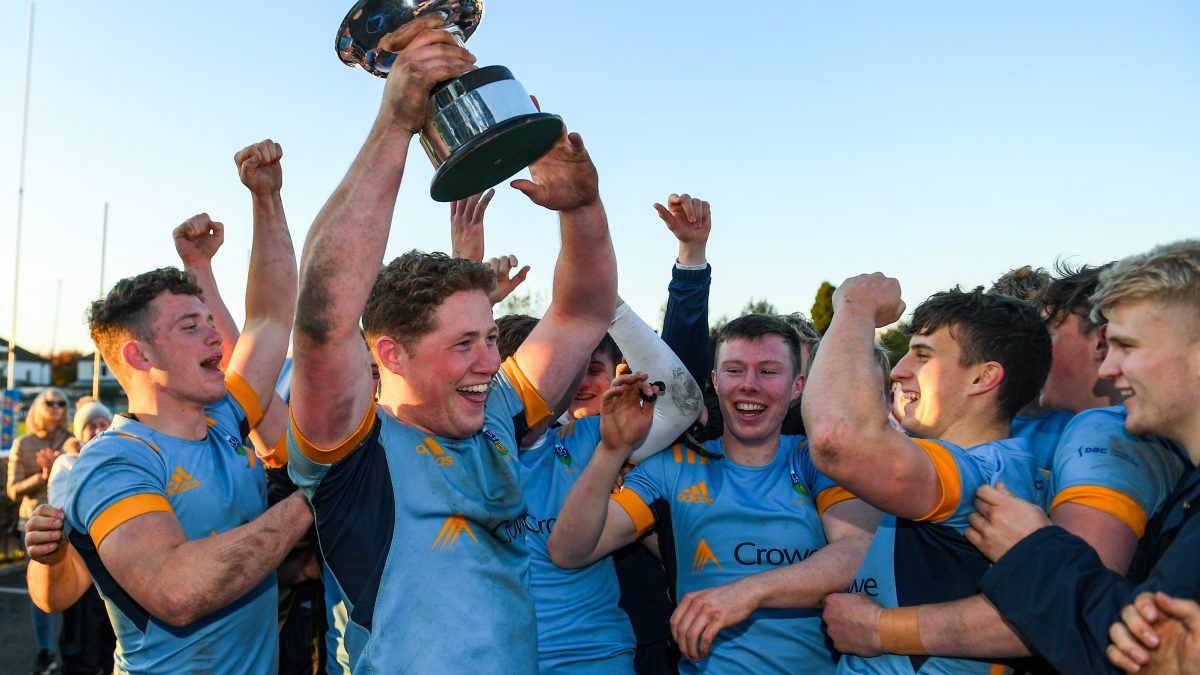 Having been presented to the IURU by UCD RFC in 1989 the Cup was first played for in that year and won by UCC. Collidge lead the list of winners having done so on 16 occasions .. the last being the 2012-13 season. Trinity having won it every year since then and were going for 6 in-a-row.

Played in bright sunshine at Lakelands underfoot conditions were ideal as Collidge and Trinity renewed their ages-old rivalry. Having lost to Trinity 15-8 at the Bowl earlier in the month Collidge needed to make a statement here but it was Trinity who took a deserved 2-penalty lead into the half-time break (6-0).

With each half in this competition being of just 15 minutes Collidge needed a second half of passion and commitment and this they delivered.  With Trinity possession limited to scraps Chris Hennessy led his men by example and although a number of scoring opportunities were missed the Collidge endeavour never faltered.  With time running out, and after a number of phases close-in, Josh O’Connor (a try in each match!) crashed over (6-5). The conversion from near the right-hand touchline was judged to perfection by Shane Murphy and sailed between the posts with distance to spare (6-7). The final whistle sounded a few minutes later and Collidge were presented with the (Maxol sponsored) Conroy Cup .. and the Yerrawaddie was sung with great gusto!
Many congratulations to Head-Coach Ian Wyse and coaches Kieran Moloney and Rory Hickey and to the squad of 24  players at Lakelands … and thanks to the IURU, Maxol and Terenure Collidge RFC for the organisation and management of the event.