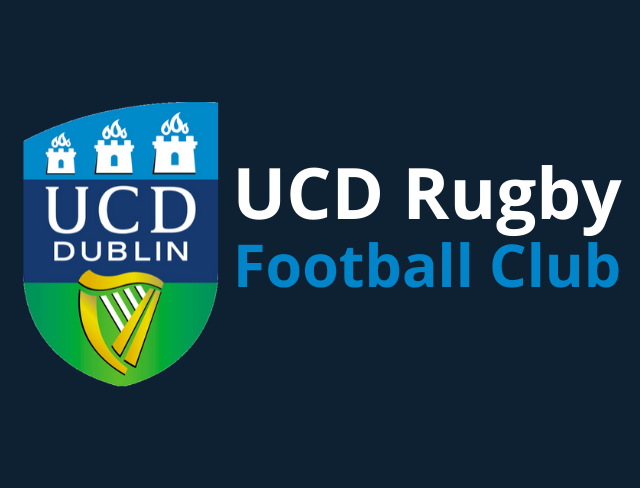 Members and associates of University College Dublin RFC, and the wider rugby community, will learn with great sadness of the untimely death of Lee Smith, after a short illness. Lee Smith was a well-regarded, successful and popular coach of UCD RFC during the 1990s and we send our collective and sincere condolences to his wife (Noelene) and children (Shani, Emma, Louisa and Jake).

In August 1996, Lee Smith arrived in Dublin from New Zealand to take up an appointment as Director of Development with the (Dublin based) International Rugby Board (IRB). While out for a stroll, he walked to the UCD campus at Belfield and noticed the well-kept rugby pitches, with an impressive Sports Centre.  He, casually, enquired whether the University had a rugby club. Fortunately, the respondent was affiliated to UCD RFC and provided the necessary contact information and appropriate introduction. 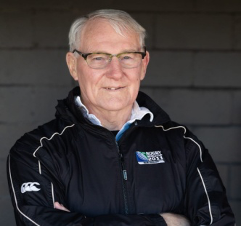 Prior to this time (1988/96), Lee Smith had established an impressive coaching pedigree as Director of Coaching with the New Zealand Rugby Union, which involved, for example, in setting up a youth Academy in New Zealand for their most talented young players. He was a man who had previously, and successfully, conducted coaching and performance planning courses for a number of high-profile rugby teams. These teams included the All Blacks, the Hurricanes in the Super 15 competition, teams in the New Zealand Domestic Provincial competition and, as Oceania Development Officer (2001 – 2010), the National teams at all levels in the Pacific Islands including Fiji, Samoa and Tonga. Truly, he made his mark on so many teams. Prior to these appointments, and as an International Licensed Trainer/rugby coach, Lee Smith had studied for, and graduated with, a Masters degree in Economic Geography and a Post Graduate Diploma in Teaching.  With his initial background as a teacher he set out to help others to reach their full potential on the rugby field.

During his stay in Ireland, (1996 – 2000) Lee Smith coached the UCD First XV and made an enormous contribution to our club during a short period of time, and whose achievements included coaching the UCD team to win AIL Division 2, in addition to winning Colours matches and also Dudley cups. In addition, he was instrumental in the pioneering establishment of the UCD RFC Academy, with its full-time Director of Rugby.  At that time, UCD RFC played in Division 3 of the AIL and he predicted: “The creation of a centre of rugby excellence will enhance the Club’s ability to attract and retain top rugby talent  and to achieve its medium term goal of achieving and retaining Division 1 status”. The UCD RFC Academy introduced scholarships for rugby, with one of the first recruits being Brian O’Driscoll. At a club level, Lee Smith’s preference was to encourage players rather than criticise them, and he taught his teams how to play an attractive, and winning, brand of rugby.

In 2001 he returned to New Zealand to continue his work with the International Rugby Board and he further enhanced his considerable reputation organizing highly regarded rugby coaching courses, at all levels, including the National and domestic scene. Work colleagues, and others in the wider rugby community, who were familiar with his commitment to optimize team performance, respected Lee as an authority on the game of rugby. This reputation was based on Lee’s excellent analysis of player performance, based on his comprehensive understanding of the principles of the game of rugby.

Those who knew Lee Smith will agree that his commitment to rugby was similar to life in general: it was based on the characteristics of leadership, quality performance, open mindedness and the search for continuous improvement. In this context, one must acknowledge Lee Smith’s superb technical, visionary and motivational skills as a senior rugby coach, and who authored comprehensive and authoritative coaching manuals for both the 15 and 7 aside game of rugby. The coaching strategies and methodology Lee Smith developed at the New Zealand Rugby Union are now used internationally, and his writings have been translated into many languages. But, over and above all this, he was a true gentleman, a man of dignity and unselfish commitment. In recognition of his unique contribution to UCD RFC a “Lee Smith Award” is given, annually, to the UCD RFC Captain who is deemed to be “Captain of the Year”.

And so, at the final whistle, we say: “Farewell Lee, Thank You and may you rest in peace”.  Your life will be fondly remembered by us all for your commitment to the cause, enormous contribution to the game of rugby, and respect for others.

You are sadly missed but will never be forgotten.

We use cookies on our website to give you the most relevant experience by remembering your preferences and repeat visits. By clicking “Accept”, you consent to the use of ALL the cookies.
Cookie settingsACCEPT
Manage consent

This website uses cookies to improve your experience while you navigate through the website. Out of these, the cookies that are categorized as necessary are stored on your browser as they are essential for the working of basic functionalities of the website. We also use third-party cookies that help us analyze and understand how you use this website. These cookies will be stored in your browser only with your consent. You also have the option to opt-out of these cookies. But opting out of some of these cookies may affect your browsing experience.
Necessary Always Enabled

Any cookies that may not be particularly necessary for the website to function and is used specifically to collect user personal data via analytics, ads, other embedded contents are termed as non-necessary cookies. It is mandatory to procure user consent prior to running these cookies on your website.