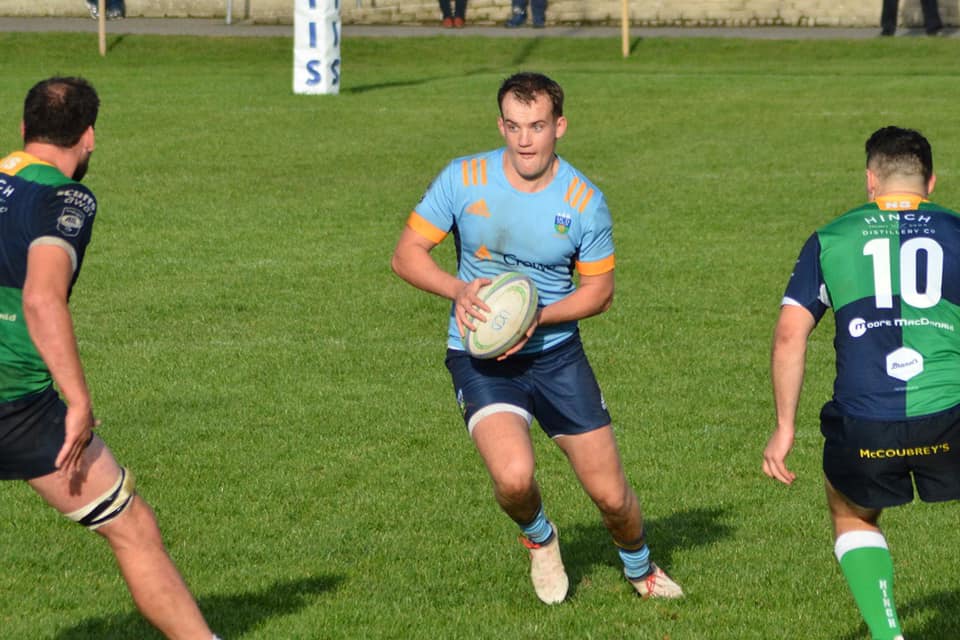 The UCD First XV travelled to Ballynahinch for Round 3 of Division 1A of the All Ireland League on Saturday.  In a performance that was filled with commitment, confidence and open rugby, UCD deservedly won by a narrow margin (23-20).  By scoring 4 tries in the process, UCD picked up an important bonus point and now lie in a credible 4th position in the League table.

Within 5 minutes of the kick-off both sides had registered a penalty goal (3-3).  Thereafter, UCD dominated the first half and, playing with purpose and speed, scored three tries (McNulty, Maloney, and McVeigh) in contrast to a converted try scored by Ballynahinch.  Thus, UCD led (18-10) at half time.
In the second half, Ballynahinch turned up the pressure, scoring a converted try (47 mins) and a converted penalty goal (60 mins) to take a lead (20-18) for the first time in the match.  One wondered what the UCD response would be with 20 minutes left to play.
To their collective credit, and in traditional UCD manner, each UCD player took responsibility for the task ahead and played with great purpose and speed.  Lineouts were won with ease; the UCD scrum was rarely in trouble, rucks were contested with intelligence and tackling which was full of commitment.  It was left to Ronan Foley to secure the win, and a bonus point for UCD, with a try after 75 minutes.  Thereafter, UCD repulsed any remaining attacks by Ballynahinch for an important win and a win that will give great confidence to this young side that has significant potential. 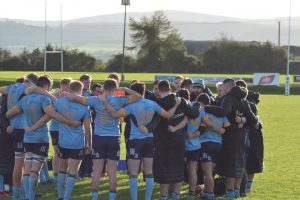