Last Kick Wins it for Belvo 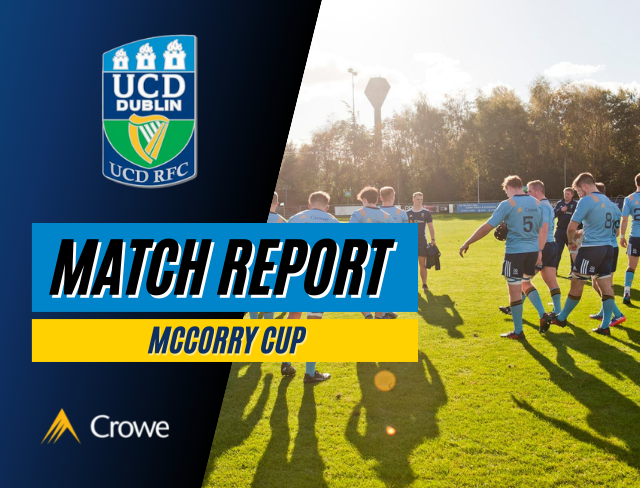 (*Note: As a season opener, last season’s McCorry Cup is being played prior to the U20 season proper. The 21/22 version of this Cup will be played at the end of the current season).

Beginning his sixth season at this level, coach Ian Wyse steered his team into the next round of the McCorry Cup by way of a strong 7-try showing at the UCD Bowl on Sunday last. First-half tries from Joe Cronin, Ben White and Simon O’Kelly were followed in the second period with another from White, one from Ben Porter and two from Zach Harrison, and 13 points came from the boot of Niall Carroll.