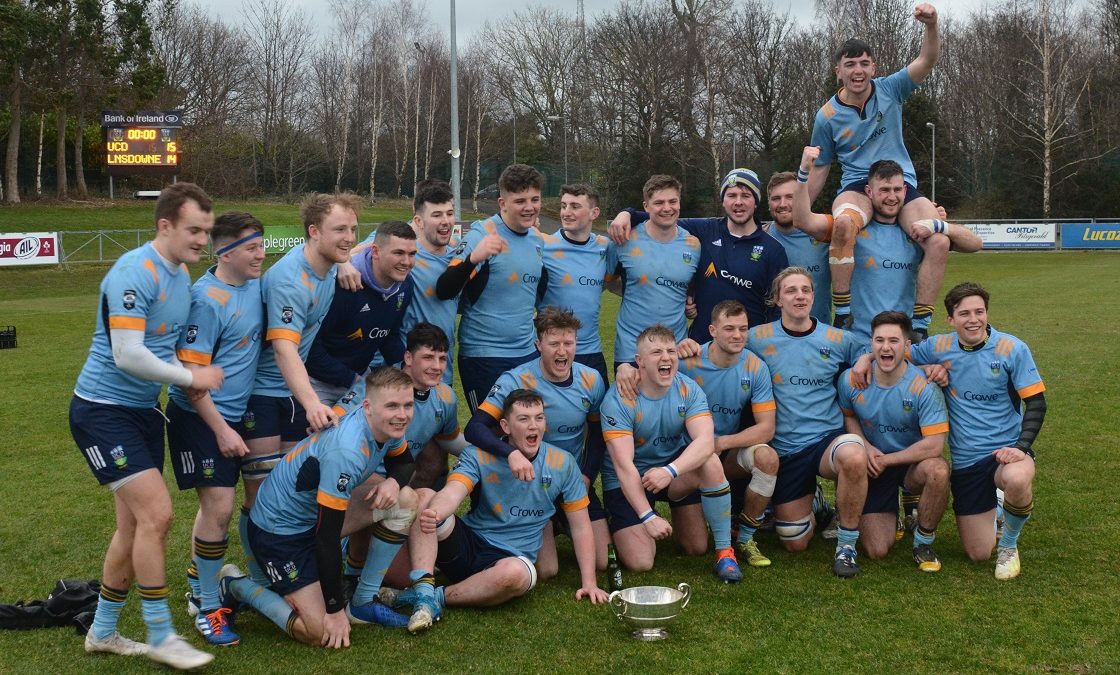 Pete Herangi’s J1’s emulated their senior colleagues (winning the Leinster Senior Cup last week) by lifting another Leinster trophy at a dry (for once!) UCD Bowl.

Having topped the league table by a one point (55-54) the previous week it was also just a single point that separated the teams on Saturday.

The 15 first-half points (tries for Jamie Murphy and Lorcan Feighery and a penalty and a conversion for David Moran) were just enough for Collidge to claim the Cup as Lansdowne threw everything into a sustained second-half offensive. Although breached for tries in the 52nd and 61st minutes the Collidge defence stood firm particularly in the dying minutes (when the visitors looked likely to score) and held out for a famous victory and take the J1cup for the first time in 32 years (1987-88) 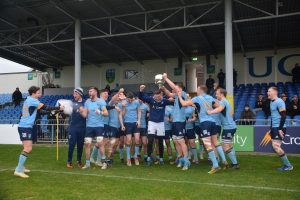